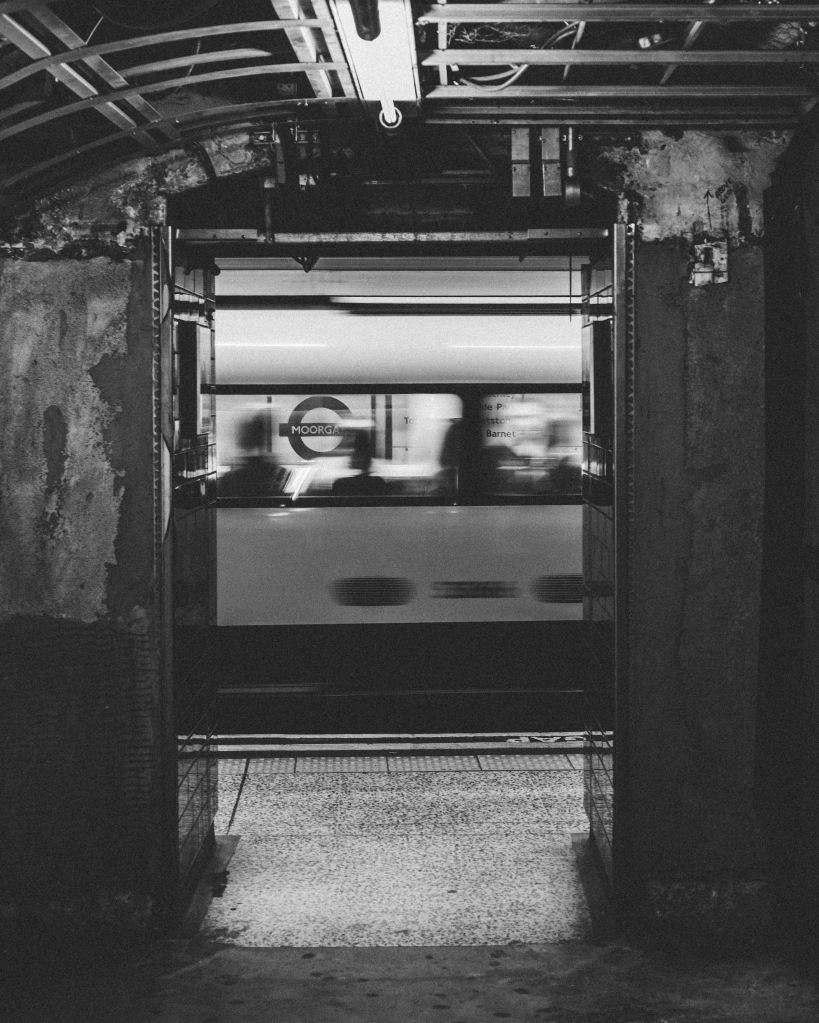 I recently had my hair braided at an ‘Aunty’s’ house. The woman who does it is comfortably into her late 50s, possibly older and I call her Aunty by default. We are not related but, as is customary in West African cultures, I would never dare address her on first name terms so Aunty it is because what would swiftly follow is  –‘I am not your age mate’.

As she braids my hair, we watch numerous Nollywood movies – commenting on all the scandalous storylines and characters, me, enjoying her witty one-line words of wisdom drawn from decades of life experience.

But through all our small talk I couldn’t get over what had happened just moments before. This woman lives in privately rented shared accommodation with others from a similar background. There is a shared bathroom on the ground floor which is an outhouse reminiscent of the Victorian era. The place is so rundown and dilapidated it’s probably not seen a lick of paint in 2 decades. Her room is cold and filled to the brim with her belongings.

‘I’ve had enough’ she said just moments before sitting on her bed. Aunty had just an argument with one of the other tenants in the house over something seemingly trivial. I could hear her shouting in her native tongue with the other tenant – her response feeling disproportionately heavy-handed compared to this single occurrence. But it wasn’t a single issue – it was a build up of multiple issues – from the irritating (dirty bathroom) to the dangerous (gas cooker being accidentally left on).

This was just too much for her. 9 years on – this type of living was no longer for her. But unfortunately, as an older woman, with low paying insecure work she can’t afford much else and this is the best that money can provide in the private rent sector in London.

Aunty had been on the local council’s waiting list for years and was putting pressure them to find her somewhere to live. But as we all know, even though she is an older person with minor health conditions, she is not a priority. She has gone through the bidding process but with little success. I am not privy to the intricacies of her specific situation, but I know enough to know this is not right.

Our public / social housing sector is in crisis with so many people in accommodation that is not suitable for them. Families are packed into 1-bedroom flats or single rooms in hostels waiting for bigger places. Whilst some people are drowning in properties they no longer need, but because of recent government reforms – where lifelong tenancies have been replaced with assured short hold tenancies (threatening their sense of stability / security)  they have stayed put – preferring to bite the bullet and pay the penalty in the form of the bedroom tax. Many I know in this position would happily downsize but the assured short hold tenancies – where their contracts could be evaluated every 2-5 years – makes this, not only an unattractive prospect but a distressing one, especially if the eligibility criteria fluctuates depending on who is in government.

She finishes my hair and I promise to pray for her. As I make the hour plus journey home – the scenario before running through my mind– there’s a woman having a conversation on the bus with her child at her side. She sounds frustrated. Trying not to be nosy, her volume and the content makes it hard to ignore. Long story short, she is a single parent, doing low paid agency work in schools. She’s just been told that the school she has been working no longer needs her services.  The hours were already a struggle because of childcare but made it work with the help of friends– now she is back to square one. Obviously, I can hear only her side of the story, but this scenario I have heard many times. Then the lady mentions the problems she’s currently having with Universal Credit but I have to get off the bus before she goes into detail. The irony is, less than two weeks ago, the DWP announced there would be further delays to rolling out Universal Credit costing £500 million pounds.

These stories are all to familiar and they are painful. The issues are complex as are the solutions.

It would be all to easy to blame the Government or go the other way and blame the individuals. Neither of these positions are helpful, though in some situations, like Universal Credit, it is glaringly obvious where the blame lies.

We all have a responsibility and role to play- individually and collectively in the well being of others and of society’s potentially most vulnerable. Business has a role to play, faith communities have a role to play, there’s so much to say…

All I know is that this – an elderly woman reduced to living in rundown accommodation or a  young single, working parent balancing insecure work and childcare– both trapped – caught between a rock and a hard place yet trying to find a way of escape- are problems that can and should be solvable.

These two situations say a lot about the state of our society – our housing system and welfare state (both of which are inherently wonderful) but under considerable strain. There are many other sectors which are providing a safety net for the most vulnerable but are at breaking point, just like some of the fragile people caught in it. What can we do? How do we move forward? Can we move forward?